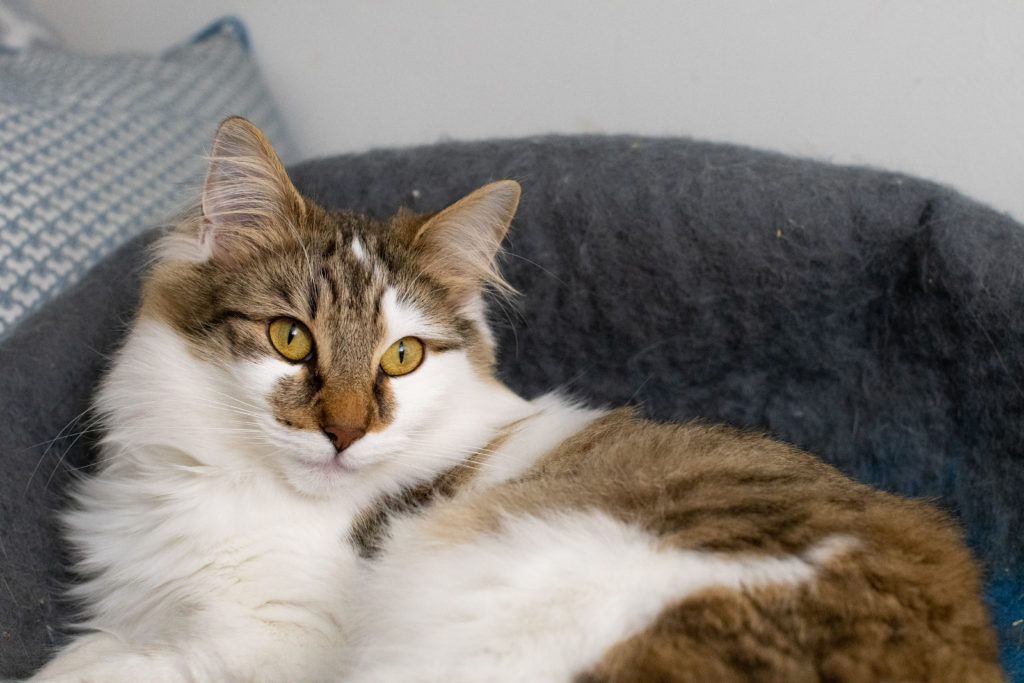 Our Czech Princess, who’s also an angel on the side. Honestly though, she has two wing shaped spots on her back shoulders!

Berenice is the ultimate explorer and huntress. Her favorite hobby is going for walks and bird watching. She has an obsession with bags, lasers, and dislikes Norman because she believes herself to be the Alpha of the pack. She’s shy with other humans, but a cuddle bug when alone with Mom and Dad.

She’s not a lap kitty, but she loves chin scratches, being brushed, and will respond with a “Meow” when you talk to her. If she’s not sitting in the window, looking for birds, or yearning to be outside, she’s most likely following cat mom around the house.